COP19 (15/11/13) – Jiang Kejun from the Energy System Analysis Center at the Chinese National Development and Reform Commission presents a model which shows China’s emissions peaking before 2025.

Although many of his colleagues believe emissions will not peak before 2030, he says this can be done through renewable energy, nuclear and natural gas that he envisages will continue to increase. He expects renewables to account for 30% of China’s energy mix by 2020.

Kejun believes concerns about the safety of nuclear are unfounded, because over 2,000 people die from accidents in coal plants every year.

China has changed the way it uses coal because of pressure from citizens who want to live a low carbon lifestyle especially in cities with such high population densities, like in Beijing.

The government has now implemented air pollution action plans which have introduced the use of carbon capture and sequestration technologies. 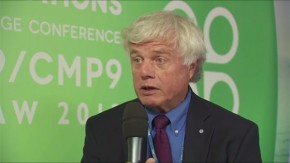 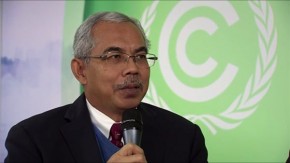 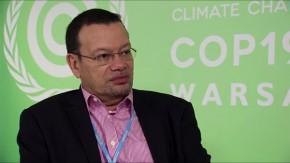 COP19: Ronald Jumeau on ‘backslide’ in ambition by developed nations