Robert Dixon, Team Leader of the Climate Change and Chemicals Team, GEF, USA talks about how it is a time of change in the USA as American climate change policy has seen a dramatic shift over the past two decades.

He says the growth in investments in science and technology has helped the government make more informed decisions about how to build resilience to climate change. In addition, fuel-switching from coal to natural gas has also been a significant change which has helped the country reduce its greenhouse gas emissions.

He explains how different states across the USA have stepped up to tackle climate change and have in fact been “crucibles” of experimental climate change policies, for example, the AB32 Law in California.

Although some countries around the world have shown opposition to harvesting natural gas, he says other countries are looking to replicate the USA’s example. China, Dixon explains, has abundant natural gas supplies and the USA is therefore working working closely together with them in order to develop common climate change policies.

But Dixon says “one size does not fit all” and each country should make their own decision about natural gas over what solution is best for their respective economic, environmental and security interests.

Dixon adds, that he is “hopeful” about both the UN climate summit in September 2014 and the climate deal that is planned to be signed off in Paris in 2015. 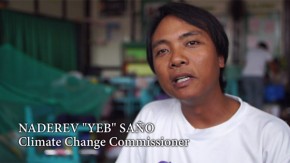