COP18 (28/11/12) – Franz Perrez, Swiss Ambassador for Environment talks about Switzerland’s position at the climate negotiations. He talks about its differences to the EU but also how the two groups can help and complement one another.

He says while Switzerland shares many similar values to the EU, being a smaller group, they are often able to be more flexible, quicker with new ideas and more ambitious. On the other hand, he says they can benefit from the weight of the EU’s decisions as a larger negotiating bloc.

He says three things must be achieved in Doha. Firstly he said the Kyoto Protocol discussions have to be concluded in a meaningful manner, with countries pledges being what they say they are and not only achieved through the use of carry-overs from the first commitment. He stresses that Switzerland wants to see strict limitations on the use of carry-overs and a cancellation of all credits at the end of the second commitment period.

On the LCA track of talks, Perrez said countries must reach a conclusion which complements the achievements made on the Bali Action Plan. He says countries must make sure the institutions set up are able to work and that they do not walk away from what has been achieved to date.

Finally on the Durban Platform he says we wants a decision – not just a summary – which captures the talks over the past year, including what should be covered by the post-2020 regime and its characteristics. 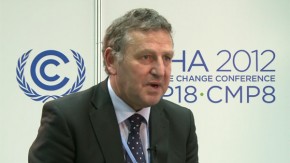 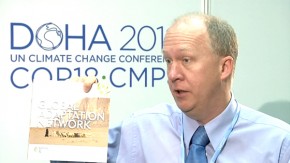 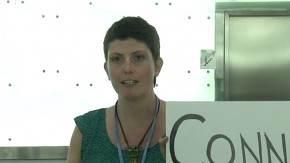