Each piece of work showcased how the CDM’s projects changed the lives of communities around the world and were judged on originality, technical excellence, artistic merit and persuasiveness in telling the CDM’s story on the theme of changing lives.

Forester said the CDM has helped to demystify how emissions trading schemes can act as a response to climate change and how it can bring together money and technology and good right on the ground.

In the photo contest, first place went to Sudipto Das’s picture of a wind project in Barmer and Jaisalmer in Rajasthan, India.

The video competition entrants were asked to highlight the benefits of registered CDM project and explain how the CDM is responding to climate change and sustainable development. Each video was limited to 30 seconds.

First place went to Francisco Leroux Munoz and was about the Puebla landfill gas to energy project in Mexico. 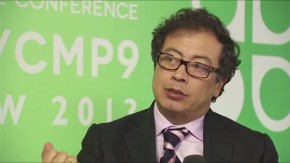 COP19: Ousmane Bocoum from Ecowas Bank For Investment And Development speaks to RTCC 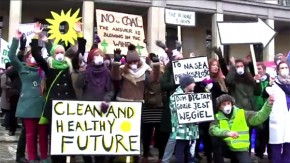